Hello I would like to know if there is any music service that does not share the information with other companies or any site to buy in digital format.

In tv services for example disney+ does not share your information with companies outside the walt disney, except that the user shares the content in social networks.

Do you use any music or tv service ?

Unfortunately I’m pretty sure they all love the behavioural analytics data.

I use invidious and soundcloud

The only one I know about is Funkwhale but unfortunately the content is a little lacking. I’m sure it’ll take time to get some more content but it otherwise works fairly well.

I use spotify (i know, i know) but i try my best to use it inside harden Firefox to at least stop their client side tracking

at least stop their client side tracking

Is that better than using a flatpak version of it? I was hoping i could be spared from the tracking stuff outside the client.

Alternatively, you could use something like Bandcamp and just download the mp3 and support smaller musicians. There would be no popular mainstream stuff though. This is useful if you just want ambient music while studying or doing chores.

For popular stuff on youtube, one could just use NewPipe (or Freetube on desktops) and make a custom playlist of the music you want and play it as audio only. This should be done behind a VPN to maintain privacy though.

On the mobile side, I would have just used VLC with mp3s on iOS but apparently Apple tracks the filenames of played media on VLC iOS version.

I just gave up and I am using Spotify with disabled location services on iOS settings. I should probably use my Lineage OS device for this but the F-Droid client feels weird and there are hints of modification done by its maintainers that I dont necessarily approve of (they put music ad blockers but i was using a paid account).

I just found out about this huge list of privacy-respecting alternatives to popular services. I can’t say much about most of these but I think it’s worth the time to go through it: 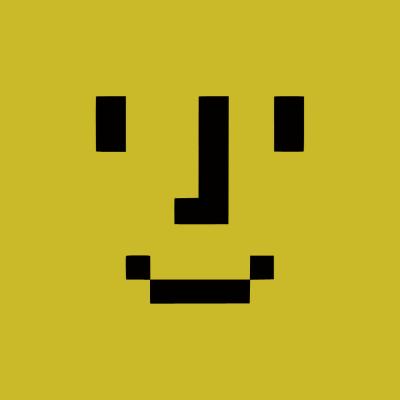 i mean i use their browser version so its limited by browser, i requested my data before and found out my sound card name was in there so browser data tracking limited and i limit it more by using it inside harden firefox so yes i think its better

and spotify is more good because it collects music for me, and make me listen to new people so yes! its not that great but even block little tracker i think it counts

Unfortunately there is no true alternative to spotify, apple music, deezer, tidal, etc…

Personally, I’ve completely switched to my own music library. Playing music on my phone requires that I plug my computer into my laptop and transfer music that way. I prefer “owning”/having actual files saved locally and not having to rely on an internet connection. There are legal means of obtaining high quality music files like Bandcamp which I’ve used quite a bit (you don’t even need an account), but one could also rip audio files directly from Youtube with a tool like youtube-dl or NewPipe.

I prefer that way. But have also uploaded some music to (hosted) Nextcloud service, so I can stream it via Subsonic. Works great with Clementine (my favorite player, I use it on all my PCs/OSes), and there are also few Android players that work well. Though I usually listen to radio

The only solution there is as of now is called piracy.

I continue to remain on Spotify because it seems the legal way to do it. It less than desirable, but along with Netflix, this seems the only legal and convenient way to do it. The tracking is inherent and inevitable because of how the platform works. Maybe I should revisit this and retransfer my music back to my Lineage phone instead of my iOS device. But right now I am just too busy with the pandemic.

As you referred to buying: I believe the best platform in that regard would be Bandcamp. I have also bought music on 7digital, but I’m not sure about their privacy policy (the same goes for beatport).

For streaming: I use Funkwhale, which is a selfhosted solution that uses your music library and support federation with other instances (called pods).

Arr, matey. Yes, I agree, I also use Netflix a bit but to be honest I pirate mostly because what I like to watch isn’t generally there. I’ve been thinking about getting a Criterion Collection account which is more my style but I’m sure they’ll handle data the same way. I also don’t bother if they would analyse my behaviour to recommend me better content (Netflix does not do this, though, but Spotify does) if that data would be stored locally or it wouldn’t be shared with other companies or something like that.

Use something like NoteBurner to rip audio from Spotify and run a local Plex or Nextcloud server.